If you have a house that contains a few Wi-fi dead zones, you might be interested in the new Netgear Wi-fi Range Extender WN3000RP which Netgear has unveiled this week and is now available to purchase.

Simply plug the Wi-fi Range Extender into a power socket and say goodbye to those Wi-fi dead zones around your house. The extender supports 802.11b/g/n and works with all the common Wi-fi security standards including WEP, WPA and WPA2. 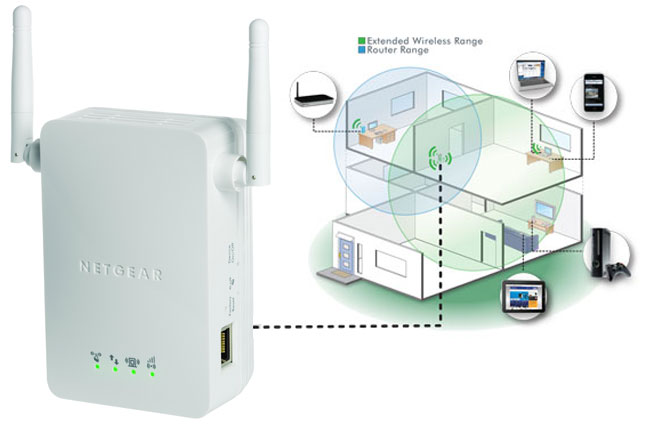 The Wi-fi range extender is also fitted with LED indicators on the extender to help you  find the best position for WN3000RP in the home. Netgear suggest that the extender are placed mid way between router and the wireless dead spot.