The popular movie and TV show streaming service Netflix is available on a wide range of devices, which include the Apple TV and many more, the company has been trying to get the service onto cable TV boxes.

Netflix is now available on a Tivo cable box on Sweden with Swedish pay TV company Com Hem, and results from the service are now displayed next to live TV. 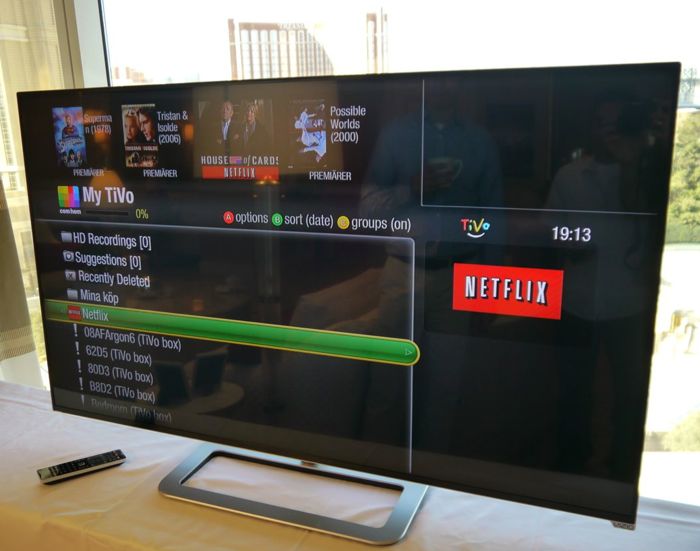 This is the second cable TV deal for Netflix, the company announced a partnership with Virgin Media in the UK last year, and they are looking to expand their partnership further with cable TV operators.

Netflix is looking to get its TV and movie streaming service onto cable boxes in the US, the company recently renegotiated its licensing deals for content, and these potential partnership with cable TV companies were apparently taken into consideration when the content deals were done.

It will be interesting to see which of the US cable companies decide to team up with Netflix, Comcast said last year that a partnership with Netflix has not a high priority for them.