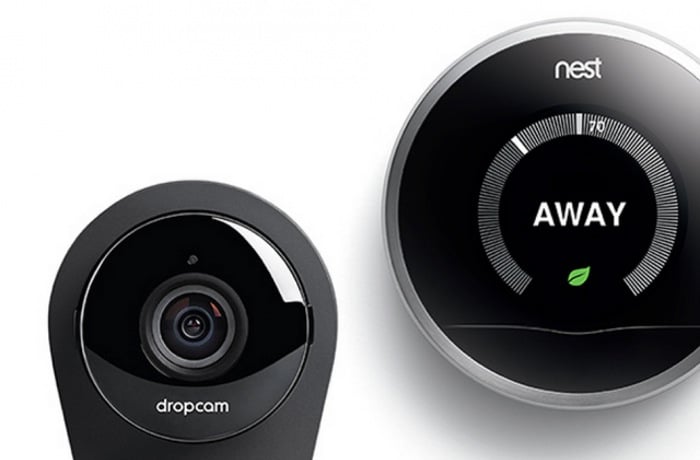 Google acquired Nest which then went on to acquire Dropcam in July of this year for $555 million and today during the CEDIA expo in Colorado, Nest has announced that support for Dropcam to its ever growing list of supported Nest partners as you would expect.

The company also unveiled how the new Nest and Dropcam connection will function, explaining that if your alarm, smoke or CO sensor should go off or be triggered your Dropcam will automatically switch on and start recording footage as well as being supported by older home automation platforms.

The new features will even work if you are not a “Cloud Recording Service” customer, says Nest. The newly supported older home automation platforms include Control4, Crestron, Remote Technologies Incorporated, and Universal Remote Control.

New features have also been announced that will be available next month that will allow Dropcam to keep an eye on your property for you while you are away using motion sensing technology.

“Nest now works with all kinds of devices — lights, appliances, fitness bands, and even cars. Connect your Nest to things inside and outside of your home, and we’ll get even better at keeping you comfortable and safe. We can also give you new ways to save energy around the house.”

For more information on the new Nest and Dropcam support for older home automation platforms jump over to the official Nest website for details or the Dropcam home security site. If you are thinking of setting up a home automation system you might be interested in our Home Automation Hubs and Systems Guide.