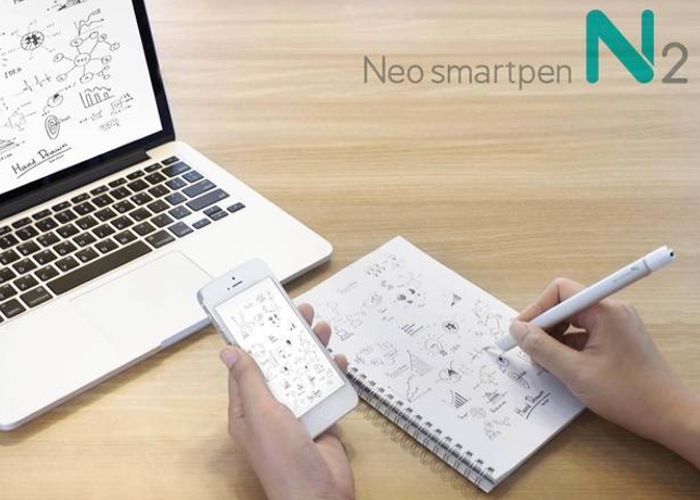 Over the last month the NeoLAB Sydney Studio has been running in Kickstarter campaign to fund their second generation Neo smartpen in the form of the N2, that has already surpassed its pledge goal of AUD $20,000 by raising a massive AUD $350,000.

The Neo smartpen N2 is compatible with Android, iOS and Windows mobile devices and lets you write on any standard paper, automatically storing a digital copy of your sketches, notes or ideas via a seamless sync with Evernote. Watch the video after the jump to see this new innovative smart and in action and learn more about its features and functions. 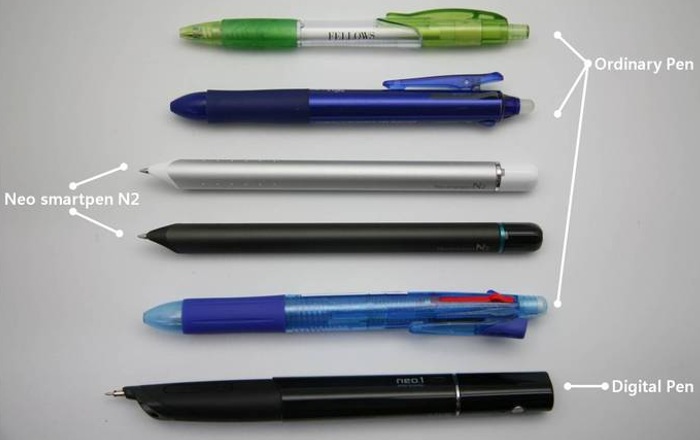 Rather than using a separate adapter which needs to monitor the position of the smartpen while writing, the Neo smartpen N2 is a single device that looks and feels very similar to a standard ballpoint pen. Its creator explain a little more :

“No receiver needed, no need to switch the pen on, no need for smart device. Use it like an iPhone; you do’t need to re-boot whenever you call. Begin to write, and N2 will automatically turn on and save everything you wrote.This is called auto saving.

N2 can store up to 1,000 pages by itself. Once you connect N2 to smart device, the app will automatically archive the notes by date, location and page. This is called auto archiving. Later, you will be able to access your history whenever you want. If you write on the page again, the app will automatically find that page and navigate it. This is called page navigation.

Your contents will seamlessly sync with Evernote. You can also share them via SNS, and send email by a single pen-action. This is called sync & share.”

The Neo smartpen project is currently in the final hours of its Kickstarter campaign, so if you think Neo smartpen is something you could benefit from, visit the Kickstarter website now to make a pledge from AUD $112.