One of the first major news websites on the Internet was MSNBC.com, which launched in the mid-1990s. The mid-90s were the heyday of Internet properties before the Internet bubble burst. NBC and Microsoft teamed up for MSNBC.com to provide online news to be the online arm of the MSNBC television network. 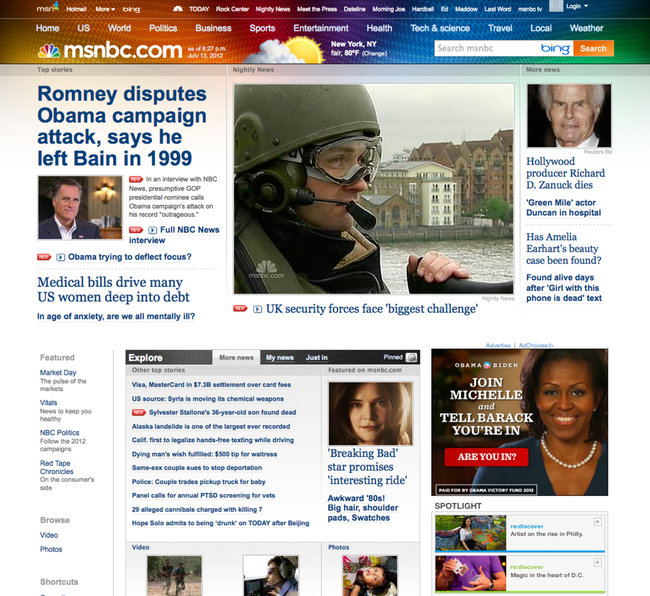 After rumors flew for a while, NBC has officially purchased the 50% stake Microsoft held in the MSNBC.com venture. There has been no official confirmation of the price, but sources claiming to be close to the project have stated that the deal cost NBC $300 million.