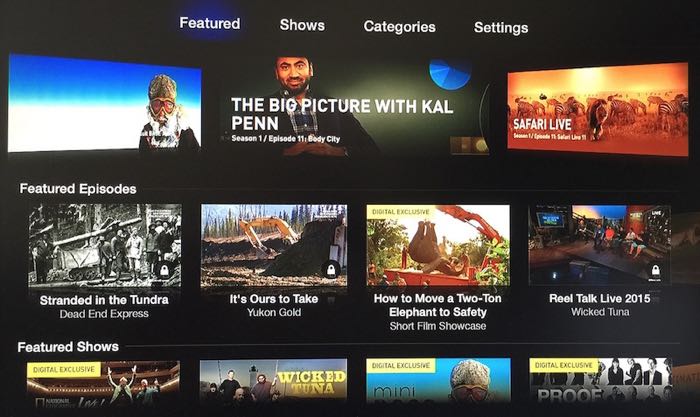 While we are waiting to find out details about the new Apple TV which is expected to be announced next week, Apple has added another new channel to its set top box.

Apple has added a National Geographic channel to the Apple TV and the channel features shows the day after they are aired on TV.

As well as showing the latest shows, the National Geographic channel also has on demand access to older episodes of popular shows.

In order to access much of the on demand content on the channel you will need a cable subscription, although some of the shows are available for free.

Apple has added a number of new channels to its set top box over the last few months, the company is also said to be working on a new TV streaming service, although this is not expected to be announced at WWDC next week.