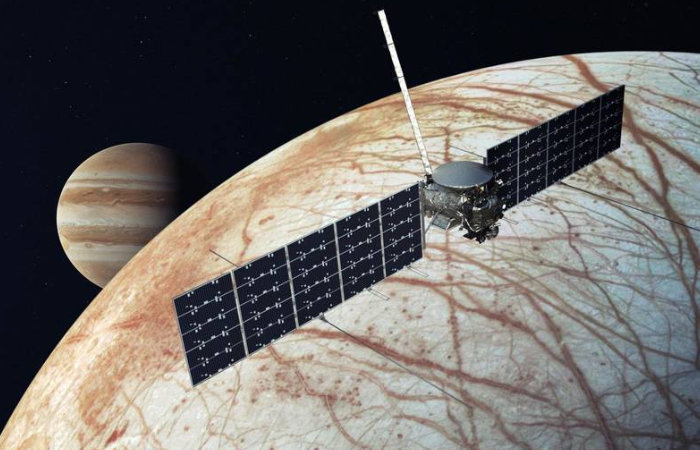 Over the weekend NASA has confirmed that SpaceX has won the launch services contract for the NASA Jupiter mission to launch the Europa Clipper, Earth’s first mission to conduct detailed investigations of Jupiter’s moon Europa. The mission will launch sometime during October 2024 on a Falcon Heavy rocket from Launch Complex 39A at NASA’s Kennedy Space Center in Florida. The contract is worth approximately $178 million.

“Europa Clipper will conduct a detailed survey of Europa and use a sophisticated suite of science instruments to investigate whether the icy moon has conditions suitable for life. Key mission objectives are to produce high-resolution images of Europa’s surface, determine its composition, look for signs of recent or ongoing geological activity, measure the thickness of the moon’s icy shell, search for subsurface lakes, and determine the depth and salinity of Europa’s ocean.”