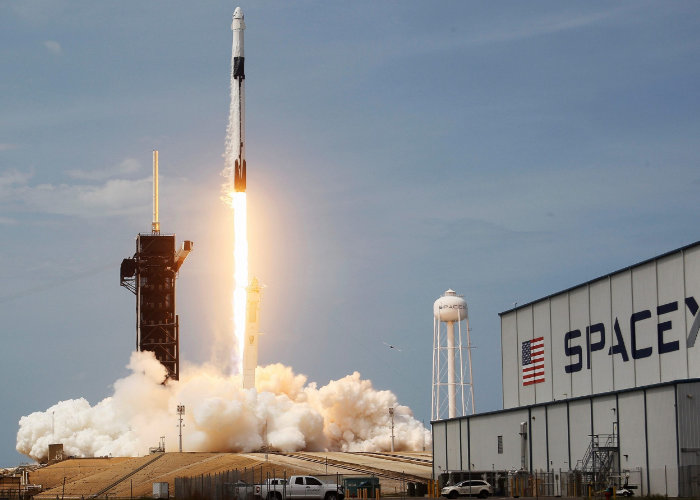 If you missed the launch of the latest Falcon 9 SpaceX rocket (its name is derived from the fictional Star Wars spacecraft, the Millennium Falcon), over the weekend you be pleased to know that the full event is now available for your viewing pleasure providing a look at the Starlink Mission launch on March 14, 2021. During which the space rocket launched with 60 Starlink satellites. The launch of the SpaceX Starlink Mission took place from Launch Complex 39A (LC-39A) at Kennedy Space Center in Florida with the instantaneous window from 6:01 a.m. EDT, or 10:01​ UTC.

Falcon 9 is a partially reusable two-stage-to-orbit medium-lift launch vehicle designed and manufactured by SpaceX, both the first and second stages are powered by SpaceX Merlin engines, using cryogenic liquid oxygen and rocket-grade kerosene (RP-1) as propellants.