Nardone Automotive has created an awesome-looking Porsche 928, the car is a restomod and it has been given a number of subtle updates. This is definitely one of the coolest Porsche 928s we have seen. The Porsche 928 restomod includes a 400-horsepower V8 engine that has been upgraded with a modern ECU. The car also comes with a six-speed manual transmission and a limited-slip differential. So what goes into Nardone’s 928? The bodywork is redefined and reshaped in composite materials, making for a much wider and more aggressive stance. The looks are obviously updated, with 2020s-spec lighting including a light bar – though the flip-ups at the front remain – along with bigger 18-inch wheels. The overall look is exactly as you’d expect – 928, but modernised, with more attitude. 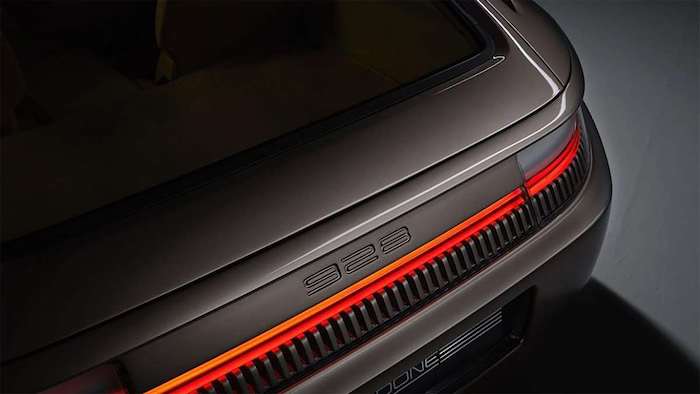 As we can see from the photos the lights at the front and rear of the car have been updated with new LED lights and it also comes with some new 18-inch wheels which have been given a similar design to the original 16-inch 928 wheels. The interior of the car has also had a number of updates, although the new design keeps some of the styling of the original 928. This Porsche 928 restomod by Nardone Automotive certainly looks interesting, there are no details on how much this restomod will cost and how many will be available. The car is being shown off at the Goodwood Festival of Speed this month and you can find out more details over at Goodwood at the link below.