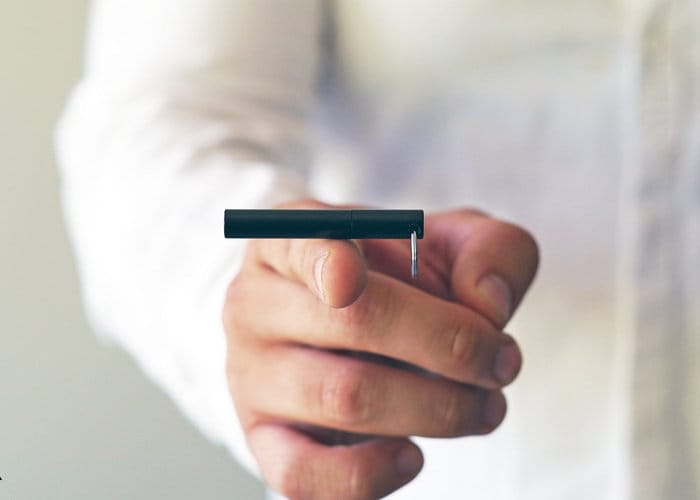 The design and development team at Slughaus have taken to Kickstarter once again to launch and raise funds for their indestructible pen which takes the form of the everyday carry (EDC) NanoPen. Watch the demonstration video below to learn more about its design and construction.

Pledges are now available via Kickstarter starting from $18 or £14 and delivery is expected to take place during December 2018. “2 years ago, we brought you The World’s Smallest EDC Flashlight. We wanted to shake up the Everyday Carry market by providing awesome, minimal products everyone can use on a day-to-day basis. Introducing NanoPen, the pen that goes where you go. When we say “World’s Smallest”, we mean it. Measuring in at a staggering 5cm in length, and 0.75cm in diameter, nothing else on the market comes close with the portability we offer. “

The pocket pen is waterproof, fireproof and equipped with a tungsten carbide tip. the tip of the NanoPen Mohs Hardness is rated at 9 which is higher than Titanium and Steel. For more details and specifications as well as a full list of all available pledges jump over to the official NanoPen crowdfunding campaign page on Kickstarter by following the link below.