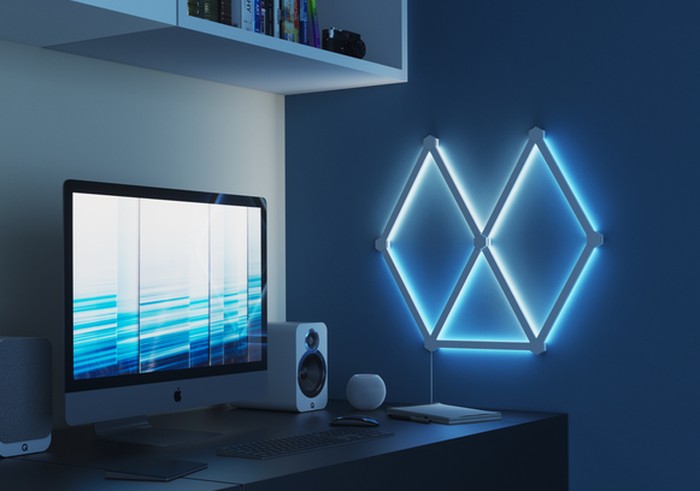 Smart lighting manufacturer Nanoleaf has this week announced plans to roll out Thread Apple HomeKit support in its next update that will be released sometime during Q1 2022. The update will enable the company’s range of Thread Border Routers used with Nanoleaf Shapes, Elements and Lines to work with all Thread Apple HomeKit devices such as the the Nanoleaf Essentials Bulb and Lightstrip, Apple TV 4K, and multiple Eve products.

“Committed to providing an accessible and universal smart home experience by developing devices that seamlessly interact and work together through an industry unified system, Nanoleaf is the first company after Apple to open up Thread Border Routing to all Thread over HomeKit devices. Leading the way to create a stronger, faster and much more reliable smart home, this update will pave the way for Matter over Thread devices from any manufacturer as they come to market.”

“The use of Thread technology forms a low latency mesh network between devices to ensure faster connection speeds and eliminate dropped connections. With each additional Thread-enabled product working to expand the network, the Thread ecosystem becomes stronger to provide users with a seamless smart home experience. The brand is also working closely with the Connectivity Standards Alliance to build support for Matter in Nanoleaf’s current and future lines; it’s first products to be compatible with Matter will be available with the launch in late 2022.”