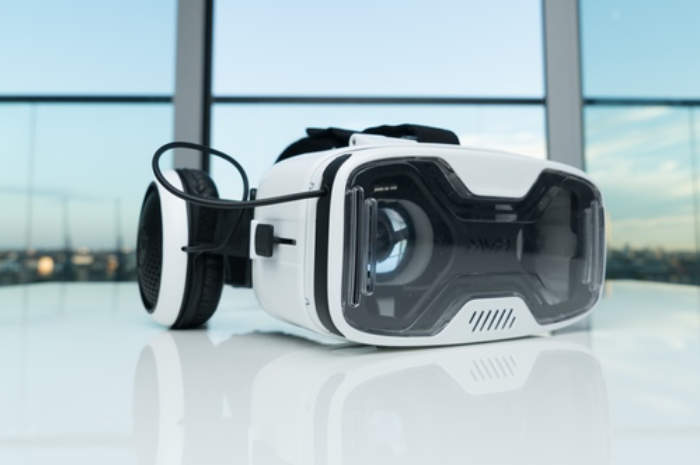 Check out the video below to learn more about the technology that has been included in this untethered virtual reality headset which can be purchased in a number of different packages depending on your preferred operating system and gameplay style.

The MVR Ascend is a tether-free, smartphone based, Virtual Reality (VR) headset & controller that can transform existing and future First Person and Open World PS4, Xbox One and PC games into VR.

MVR has been set up by a group of technology enthusiasts who are keen to bridge the gap that exists in the VR gaming world today. There are some amazing devices currently available but some of them are a bit expensive, have limited games and physically tether you to a computer/console, while others are affordable and tether-free but allow you to only play basic smartphone apps.

We wanted to play our favourite AAA games in VR (not just apps or short unknown games), we wanted to be tether-free (so we don’t get wrapped up in a wire while doing a 360 degree turn) and importantly, we wanted something affordable! That’s why we created the MVR Ascend – The only VR system that is able to play existing and future PS4, Xbox One and PC games in tether-free VR. Our headset can also be used to play VR/AR apps as our system is smartphone based, so your screen quality evolves as you upgrade your phone.

So join us in this VR revolution and lets take gaming to the next level!

A brief intro to our range of products:

P1 Controller – Our controller that works with both the PS4 and PC. The P1 converts your “normal” games into VR using our patent pending technology. The controller can also be used as a secondary controller, for normal game play on your TV, by detaching the cable that attaches to our proprietary sensors which sits on the back of the H1 headset.

X1 Controller – Our controller that works with both the Xbox One and PC, converting your “normal” games into VR. The X1, like the P1 controller, can also be used as a secondary controller by detaching the cable that attaches to our proprietary sensors on the back of the H1 headset.

S1 Screen – Currently the Xbox One does not stream to smartphones, so we are going to create a special screen that you can slide into the H1 headset to stream to from the Xbox One.

For more information on the new MVR Ascend jump over to the Kickstarter website for details by following the link below.