MSI has taken the wraps off a new addition to its range on mini desktop PCs this week wit the launch of the new MSI Wind Box DC110. 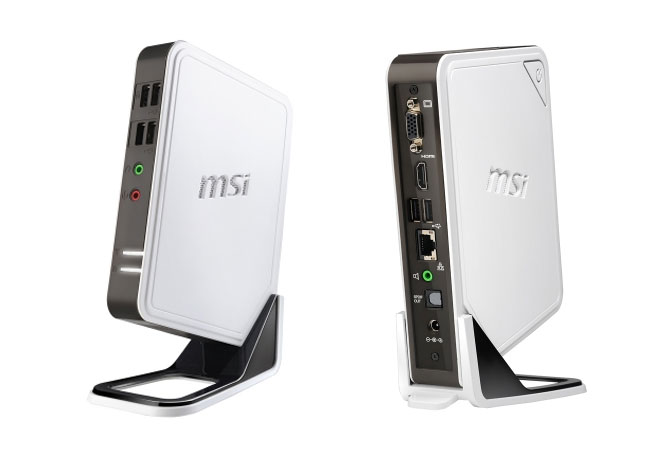 Other features of the MSI Wind Box DC110 include a HDMI port together with a VGA out that allows the computer to be connected to a second monitor, if desired, and support dual screen display.

“The MSI Wind Box DC110 has elegant lines and a slim, lightweight chassis. It is just 191.8 mm (W) × 150.93 mm (H) × 34.94 mm (D) in size, and weighs only around 830 grams. The DC110’s unique “snowboard” style base makes it easy to store and move around; this ultra-mini PC is perfect for both home and office use. Tests have confirmed that, in regular operation, the Wind Top DC110 maintains average power consumption that does not exceed 40W, less than half that of most conventional PCs, and the MSI Wind Box DC110 is the space-saving solution for all computing tasks such as internet, email and office applications as well as TV, music, video and photo playback.”

For more information on the new MSI Wind Box DC110 jump over to the MSI website for details.