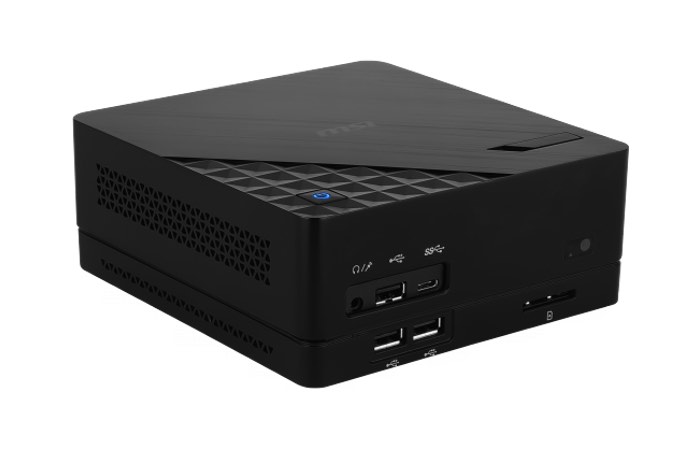 MSI this week announced the launch of a new upgradable mini PC which takes the form of small MSI Cubi 2 Plus and vPro which are equipped with connections to attach multiple monitors and can be powered by a choice of processors up to a Intel Core i7-6700T.

Processors in the MSI Cubi 2 Plus mini system can be supported by a maximum of 32GB of memory using the 2 x DDR4 2133MHz slots and graphics are provided by Intel HD Graphics 530.

Both systems come pre-installed with Microsoft’s latest 64-bit Windows 10 Home edition operating system and can be fitted with a M.2 SATA SSD or PCIe SSD, max to 256GB and a 2.5“ 7200 rpm HDD or SATA SSD, max to 1TB. MSI explains a little more about the system in this press release.

MSI proudly announces a new addition to the mini-PC line up: the MSI Cubi 2 Plus. The Cubi 2 Plus is built on a concept of nifty technology and a brilliant design to suit the needs of both consumers and businesses so that users can benefit from a powerful handheld-size PC.

This new generation Cubi comes with the new mini STX (5×5) motherboard form factor. The mini STX motherboard is 29% smaller than a mini-ITX motherboard, making it the smallest motherboard with a socket design available. Therefore the CPU can easily be upgraded. The Skylake-S processor also makes the Cubi 2 Plus energy efficient and uses less power.

Need more work done? Connect two monitors with the multiple screen outputs ports. Cubi 2 Plus supports multiple storage devices to quickly have access to all your data. Or enjoy Ultra High-Definition and high quality media entertainment. Cubi 2 Plus is the essence of small, smart computing and can be used at home or for commercial applications. MSI Cubi 2 Plus will be globally available by the beginning of March 2016.