Blessed with an accelerometer, the mPowerPad is an all-in-one gadget that can do a lot. It even repels bugs with an ultra-sonic alarm. The accelerometer bit allows the mPowerPad to be controlled via certain movements since it doesn’t have a control panel. This means to access its radio or smartphone charger, you have to move it a certain way. Sounds weird, but it supposedly makes it extra convenient. Developed by a company called Third Wave Power, the mPowerPad just got outed in Singapore, probably at one of those ubiquitous electronics fairs. 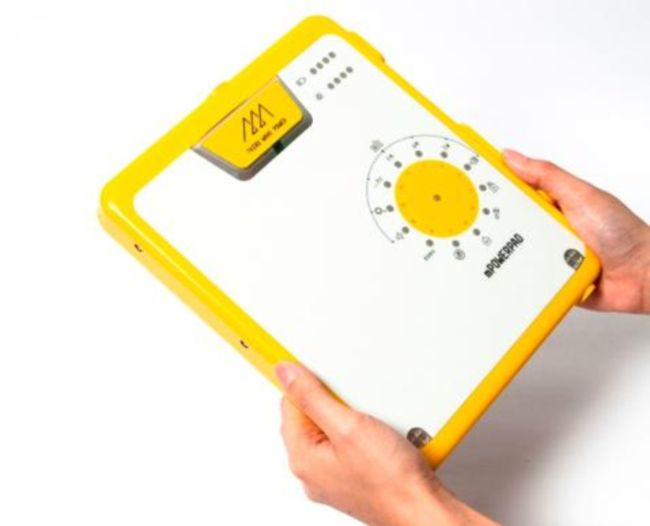 What makes the mPowerPad even more appealing are its external features. According to available sources it’s water-proof, shock-resistant, and won’t explode when handled by idiots. Okay, so that last part was a little too unbelievable. Relax because the mPowerPad is just very easy to use. Its multi-functional gadget combination isn’t a novelty either, as Asian manufacturers have always concocted these weird emergency devices that usually had built-in radios and a small fan.

It also doubles as a solar-charger. That is, when it’s not being used as a reading light or a radio or a mosquito repellent. The mPowerPad is expected to hit store shelves globally next year and is going for around $80.