Mozilla is scheduled to release Firefox 6 Beta tomorrow, but it looks like the files have already been released for Windows, Mac and Linux and are now available to download a day earlier than scheduled.

Unfortunately there aren’t any release notes as yet for Firefox 6 Beta , we can expect to get those tomorrow when it is officially released, although Firefox 6 brings a range of changes to Mozilla’s popular web browser. 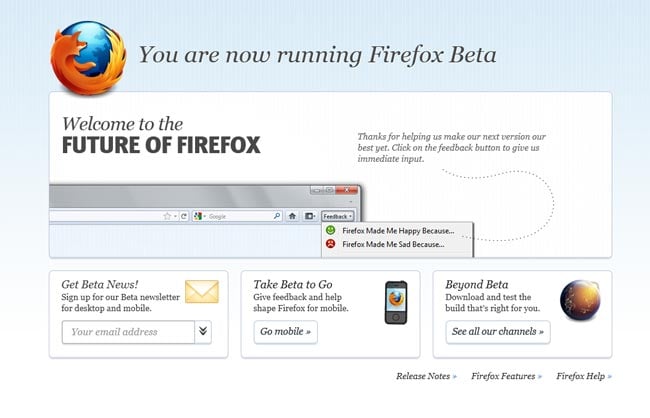 Many of the changes in Firefox 6 Beta are designed to offer speed improvements to the browser, you can download the various versions of Firefox 6 at the following links, Windows, Mac, Linux.