Mozilla has today introduces a  project called Webian Shell 0.1, a new prototype of a full screen web browser for devices that don’t need a desktop. As from today Mozilla is now allowing you to download a prototype which you can try for yourself.

The idea of the Webian Shell project is to replace your computer’s operating system with something much simpler, allowing web applications to run but removing all the un-necessary clutter.

Watch a video of the new Mozilla Webian Shell 0.1 after the jump. 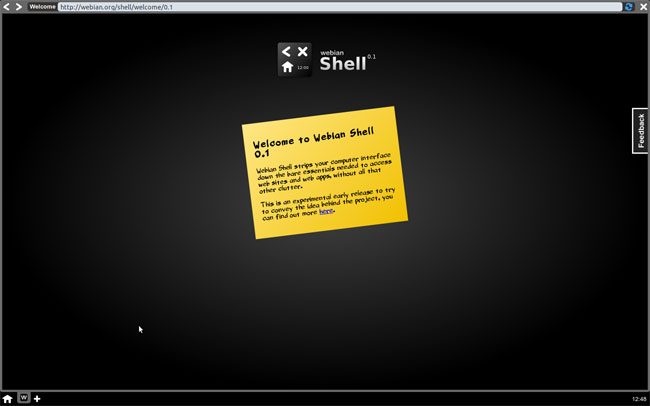 The Mozilla Shell started life as a simple design concept with a couple of mockups, but with the arrival of Mozilla Chromeless rapid prototype development was then possible using standard web technologies like HTML, CSS and JavaScript. The initial early release provides you a minimalist, full screen, tabbed web browser with a clock and an empty home screen.

If you want to be part of the development of the new Webian Shell 0.1 or just keep up to date you can find more information over at the Webian website togther with a download of the current Webian Shell 0.1.