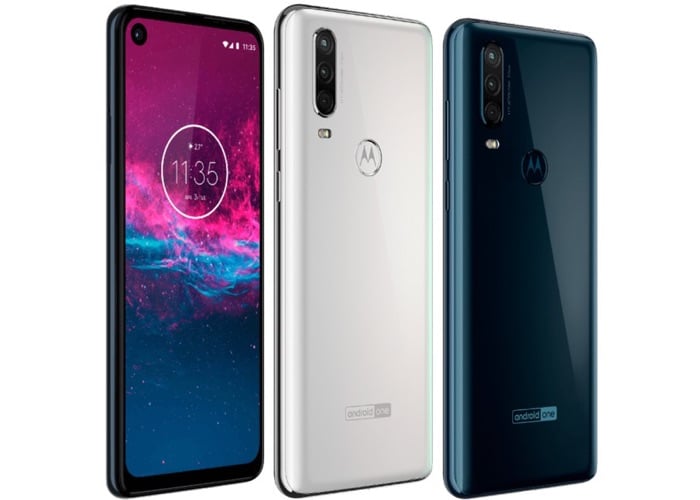 We have seen lots of different photos of the new Motorola One Action smartphone and now we have another one, this one has revealed some of the colors the handset will be available in.

The device will be available in a choice of white, blue and green, the handset is an Android One device that will feature a 6.3 inch display with a Full HD+ resolution of 2520 x 1080 pixels and it will have a 21:9 aspect ratio.

The new Motorola One Action will come with a Samsung Exynos 9609 processor and either 3GB and 4GB of RAM and 32GB, 64GB or 128GB of storage.