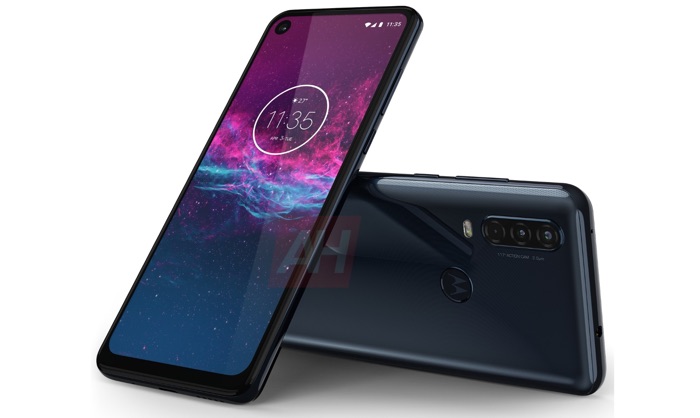 We previously heard some specifications on the new Motorola One Action smartphone, the handset has been leaked again and the device can be seen in the photo above.

Other specifications on the handset will include a a 12 megapixel Selfie camera, on the rear there will be a triple camera setup also with a 12 megapixel camera, plus it woll come with a 3500 mAh battery and Android Pie.