The other day we heard that the new Motorola Moto G had appeared on Motorola’s website, and now we have some more details on this new smartphone from Motorola and also a picture of the device.

The Motorola Moto G will features a 4.7 inch HD display, the display will have a HD resolution of 1280 x 720 pixels, and it will come with a quad core processor. 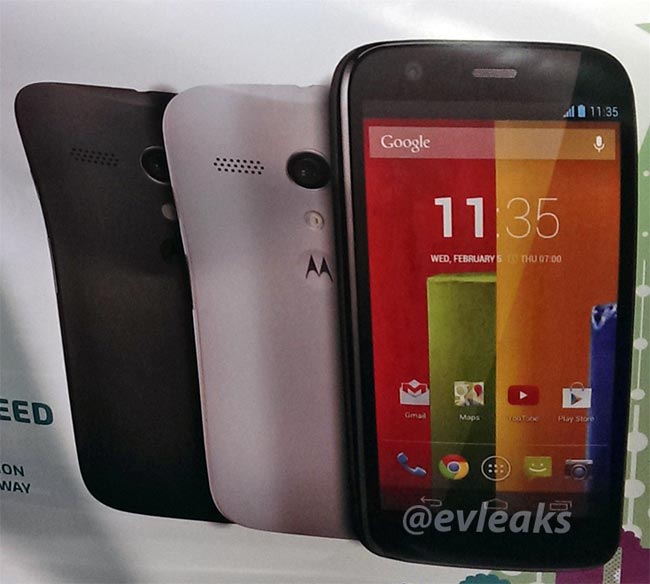 The processor on the Motorola Moto G will ne a quad core 1.5Ghz Qualcomm Snapdragon S4 Pro processor, there are no details on RAM as yet, although we would expect the handset to come with at least 1GB.

Other specifications on the Motorola Moto G will include a choice of either 8GB or 16GB of built in storage, the handset will also come with an 8 megapixel rear camera, probably full HD capable, there will be a front facing camera, although there are no details on that as yet.

As yet we do not have any details on how much the Moto G will retail for off contract, there are also no details on a launch date for the handset, as soon as we get some more information we will let you guys know.