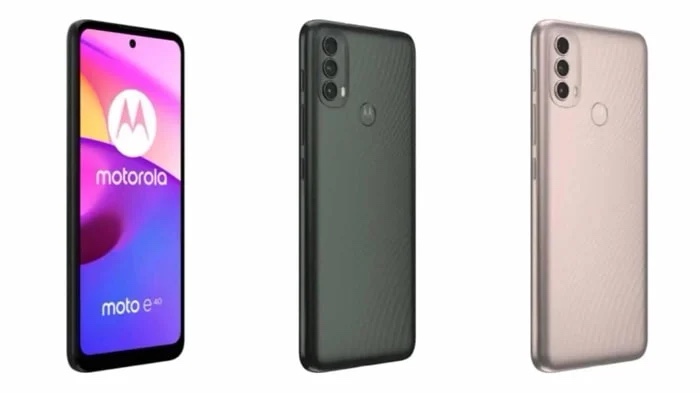 We have been hearing rumors about the new Motorola Moto E40 and now it looks like the handset is launching next week.

Motorola has now revealed that the new Moto E40 is coming to India next week on the 12th of October through Flipkart.

The handset was recently spotted on a retailer website and it is rumored to come with a 6.5 inch display that will have a HD+ resolution and a 90Hz refresh rate, the handset will be powered by an octa core processor and  4GB of RAM and 64GB of storage.

The device will come with Android 11 and a 4000 mAh battery and a range of cameras which will include a front facing 8 megapixel camera which is designed for taking Selfie and making video calls.

On the rear of the handset there will be a triple camera setup with a 48 megapixel main camera for photos and videos, this is accompanied by a 2 megapixel macro camera and a 2 megapixel depth camera. The handset will come in a choice of two color, pink and gray, we will have more details about it next week.