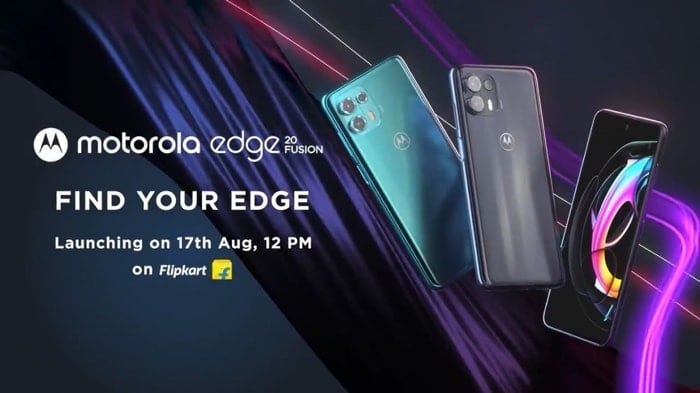 The Motorola Edge 20 Fusion will be launching later this month, the handset will be made official on the 17th of August.

The handset is launching in India with Flipkart and now some of its specifications have been revealed ahead of the official launch.

The Motorola Edge 20 Fusion will come with a Dimensity 800 U mobile processor and it is expected to have a number of different RAM and storage options, we do not have any details on these as yet.

The Edge 20 Fusion smartphone will have a range of cameras, on the front of the device there will be a 32 megapixel camera which is designed for taking Selfies and making video calls.

On the rear of the device there will be a triple camera setup, the details on these three cameras has been revealed. The main camera will come with a 108 megapixel sensor, there will alos be an 8 megapixel ultrawide camera and a 2 megapixel depth sensor.

As well as the new Motorola Edge 20 Fusion there will also be another device launching at the same time, the Motorola Edge 20, we will have more details on this closer to launch.