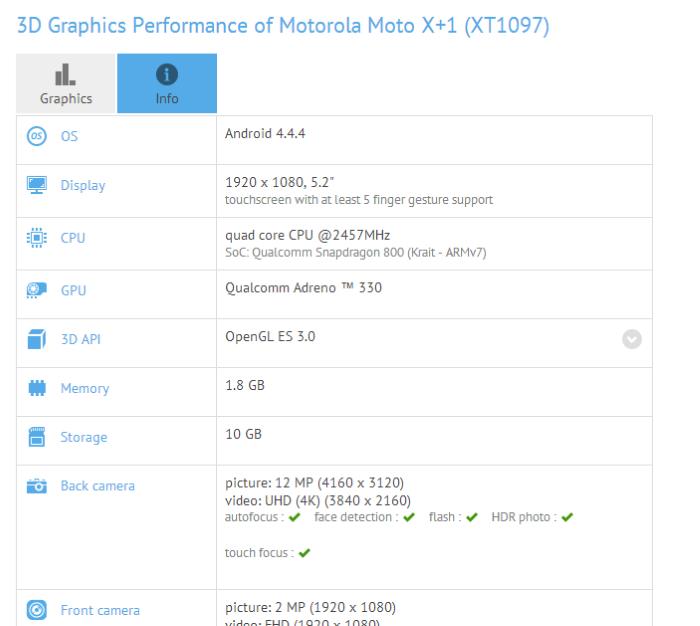 Not too long ago, the alleged Moto X+1 with a model number XT1097 was spotted on Geekbench, and it seems it has made another appearance.

Recently, the alleged Moto X+1 with a similar model number was spotted on GFXBench, revealing the specifications of the alleged device which are similar to the ones we’ve already seen.

According to the GFXBench listing, the alleged Moto X+1 rocks a 5.2-inch display sporting a resolution of 1920 x 1080 pixels, which is a little bigger than the current Moto X. The purported device is powered by a quad-core Snapdragon 801 chipset with 2GB of RAM and 16GB of storage.

There’s a 12MP camera on the back of the device with 4K video recording capabilities as well as a 2MP front-facing camera. As far as the operating system is concerned, the alleged Moto X+1 comes with Android 4.4.4 Kitkat.

Motorola has already sent out press invites for its event on September 4th where the company is expected to launch the Moto X+1, as well as the Moto G and the Moto 360 smartwatch. We’ll update you as soon as the Motorola announce the new products.