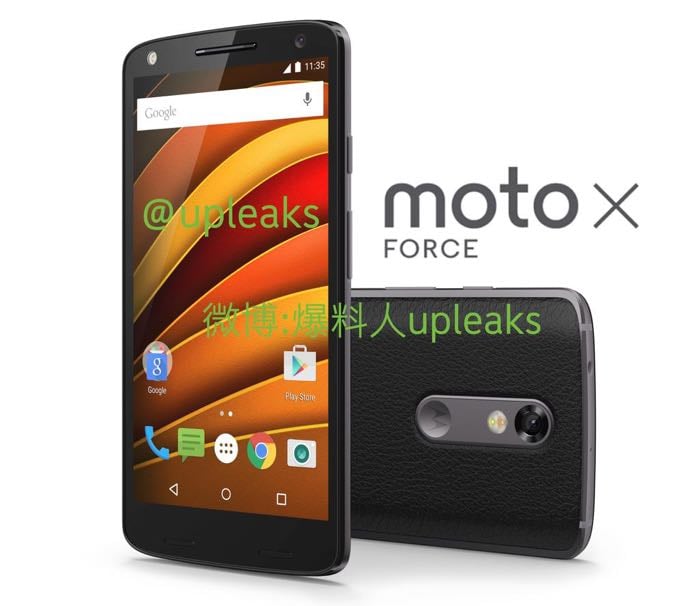 Motorola’s latest Android smartphone has been leaked, the Moto X Force, a picture of the handset, which you can see above was posted on Twitter by UpLeaks.

The handset was previously leaked as the ‘Bounce’ this is the internal codename for the handset at Motorola.

The Moto X Force will apparently come with a 5.43 inch display with a Quad HD resolution of 2560 x 1440 pixels, the device will also come with an octa core Snapdragon 810 processor and 3GB of RAM.

Other rumored specifications on the device include a 3760 mAh battery, a choice of 32GB or 64GB of built in storage and a 5 megapixel front facing camera plus a 21 megapixel rear camera.

As yet there are no details on when the new X Force from Motorola will be made official, as soon as we get some more information about the handset, including some pricing, we will let you guys know.