It’s raining Moto Maker leaks right now. Earlier this month, Sprint was rumored to get the Moto Maker customization on November 11th. It’s not just Sprint, rumors suggest that T-Mobile will also get Moto Maker at its stores.

If you remember, we heard a rumor last month from the prolific @evleaks suggesting that Verizon will get the Moto Maker on November 11th. It seems that he might be correct, a new rumor suggest Motorola and Verizon will launch the Moto Maker customization this Monday. This might be a good news for all Verizon users as the carrier reduced the price of the Moto X to $99.99 and is expected to launch Moto Maker. 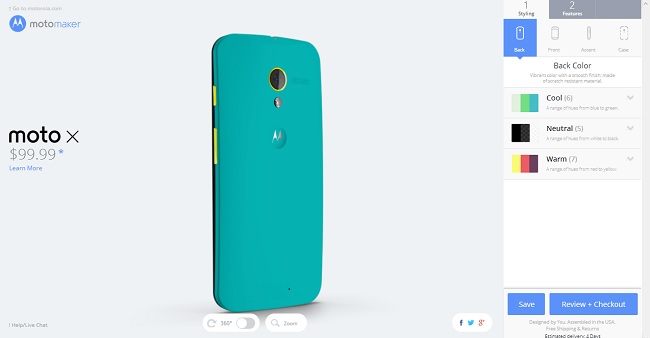 At launch, Moto Maker customization was exclusively available for AT&T customers and users on other carriers had to choose the classic black and white colors for the Moto X. Now, it seems that the wait might come to an end very soon. There are no details about the pricing, but it should for the same $99.99 price, similar to the way it worked for AT&T.

It’s not just the Moto Maker, Verizon is also expected to launch LG G2 in white on November 14th, as well as HTC One Max phablet that is expected to arrive on Verizon around November 21st.

Neither Verizon nor Motorola officially announced about the launch of Moto Maker, so a grain of salt is advised. We’ll update you as soon as we have more information.