We’ve seen several rumors and leaked images of the purported Moto G. The handset appeared briefly on Motorola’s site and was also leaked by the prolific @evleaks. Now, a new promo card has been leaked that mentions the complete set of specifications of Moto G. 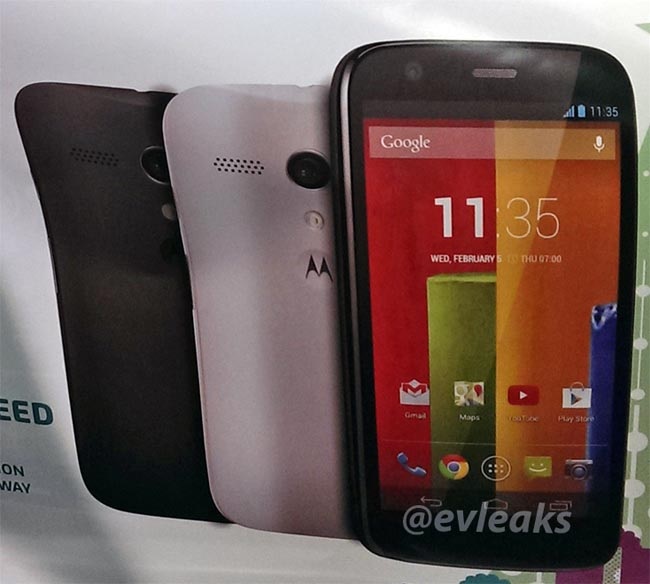 An anonymous tipster sent GSMArena a Moto G promo card, which is purportedly hitting Phones4u. The promo card shows the alleged handset along with its specifications, most of which we already know. 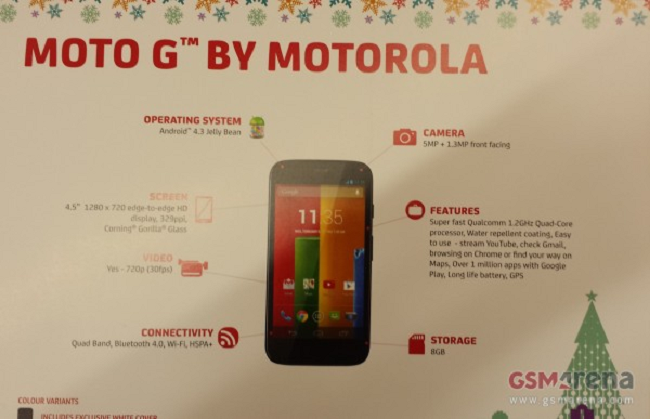 According to the leaked image, the purported handset will feature a 4.5-inch edge-to-edge display with Gorilla Glass and a resolution of 1280 x 720 pixels with 329 ppi. The handset is powered by a quad-core Qualcomm processor with a clock speed of 1.2GHz, 5MP back camera capable of recording 720p videos, 8GB internal storage, Bluetooth 4.0 and will run Android 4.3 Jelly Bean out of the box.

There are no details about the RAM of the handset as well as the battery. Earlier rumors suggest that the handset will come with a 1,950 mAh battery.

According to the same tipster, the handset will set you back by £134.95 off-contract. There’s no information about the official release date, but rumors suggest that it will hit global  markets as well, not just U.S. Considering its price and specifications, it can become a very popular device in the mid-range smartphone market.

We’ll update you as soon as we have any information about the launch of the purported Moto G.