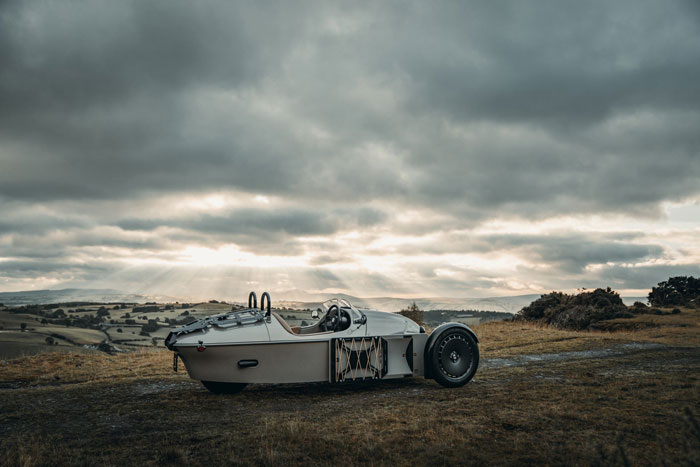 Morgan revealed its latest three-wheeled vehicle called the Super 3. The small three-wheel vehicle is the most powerful Morgan three-wheeler yet. It utilizes a 1.5-liter three-cylinder engine produced by Ford, which significantly exceeds the power and performance figures of previous three-wheel Morgan models.

The Ford three-cylinder engine produces 118 horsepower and 110 pound-foot torque. Considering the vehicle weighs 635 kilograms dry, it has decent performance, able to reach 62 mph in seven seconds, and has a top speed of 130 mph. A 5-speed manual transmission from Mazda puts the power to the rear wheel.

The overall design of the Super 3 looks very much like versions of the vehicle from the past. Morgan says the Super 3 is the most customizable and configurable vehicle it has produced with what it claims to be a limitless combination of options and accessories utilizing special accessory rails. The vehicle is rated for fuel economy of 40 MPG, but Morgan points out that rating is pending final certification. Pricing in the UK starts at £41,995, with deliveries beginning in June.