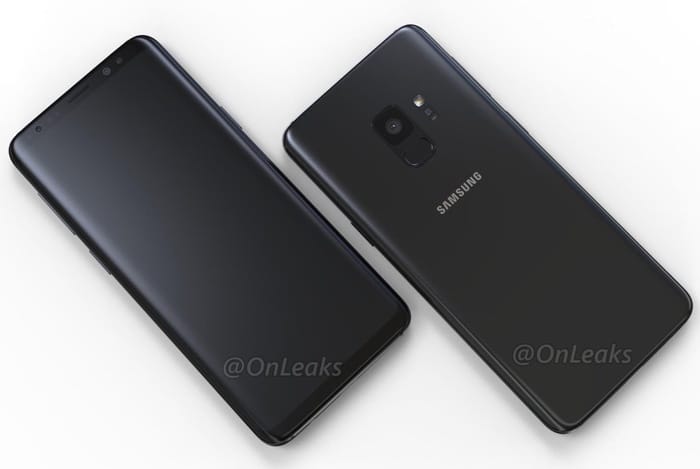 Last week we saw a video of the new Samsung Galaxy S9 Plus and now we have some renders of the new Galaxy S9. The two renders, which you can see above and below show the design of the front and back of the handset. 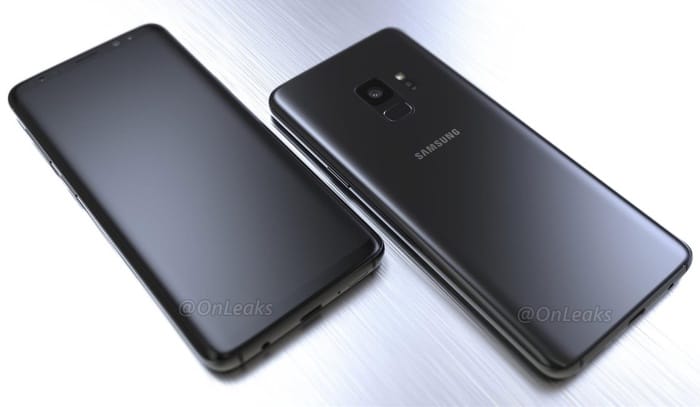 We also know that the displays on the Galaxy S9 and S9 Plus are said to be similar to that of the Galaxy S8 and S8 Plus. The overall design of the handsets is also expected to be very similar. Under the hood of the two handsets is where the major changes will take place.

The two handsets will have different processors depending on region the two processors are the Samsung Exynos 9810 and the new Qualcomm Snapdragon 845 processor. The handsets are expected to come with 6GB of RAM, there may also be an 8GB model.

Samsung recently announced their new 512GB mobile storage so the Galaxy S9 and S9 Plus are expected to offer storage options for 64GB up to 512GB. The handsets will also come with improved facial recognition and an updated iris scanner.

Samsung normally announce their handsets at their own separate press event, this will probably change next year as the devices are expected to be announced at Mobile World Congress in February. The handsets are expected to go on sale in early March.