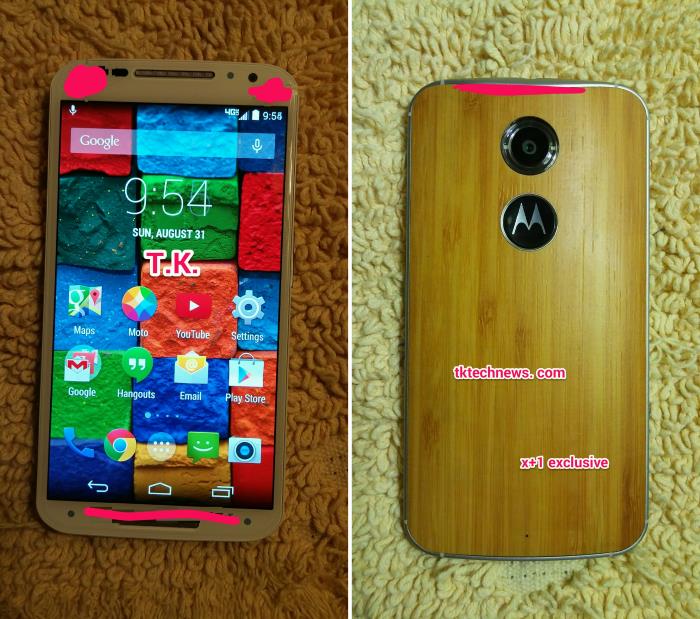 Earlier today, we saw a leaked image of Verizon’s system, revealing that the new Moto X will make it’s way to the Big Red.

We’ve already seen the leaked images of the Moto X+1 with a leather back option, and now, some more images with wood back customization have surfaced on the internet.

The leak also revealed some additional information about the alleged handset, saying that the Motorola logo on the back of the device is actually a power button, which can also be customized to work with other shortcuts as well. Plus, there’s a Moto app on the main screen as well, which could mean additional software features in the upcoming Moto X+1.

The device also has four sensors on the front, which could work with the Moto app for gesture controls maybe, or for 3D interface. It’s not confirmed so let’s just take it with a grain of salt.

The report further mentions that the alleged Moto X+1 will feature an aluminum frame, with the back options ranging from wood, leather, plastic, denim and even Carbon fiber. Reportedly, the carbon fiber version will launch in the holiday season and will be exclusive to Verizon.

Motorola has scheduled an event on September 4th where the company is expected to announce the highly rumored device. We’ll update you as soon as it’s officially announced.