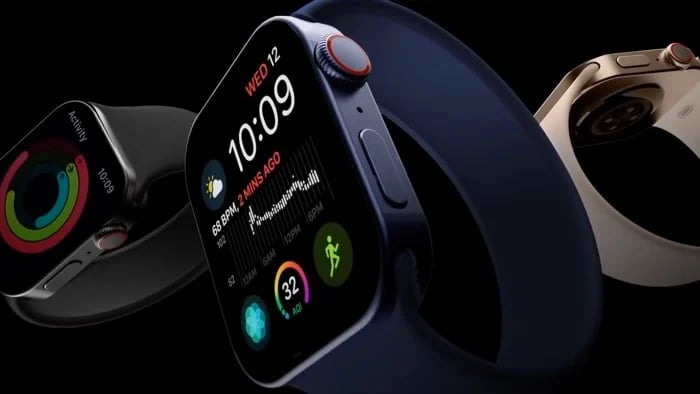 Last week we saw the new design of the Apple Watch Series 7, the design was revealed in a video from Matt Talks Tech.

Now we have another video from Matt Talks Tech which some more details on the new Apple Watch ahead of its launch.

The new Apple Watch Series 7 was recently spotted at the EEC and there were a total of six different models listed all running watchOS 8.

As we heard previously the device will come with a new squarer design with flatter sides, the watch is expected to come in two sizes 40mm and 44mm.

It will come with a new S7 processor and a larger battery, the battery life of the device is said to be improved considerably over the current Apple Watch, the battery is expected to last up to 18 hours.

It looks like we have some pricing information on the new Apple Watch, the 40mm models will apparently start at $399 and the 44mm model at $429. There will be two storage options for the device 32GB and 64GB.

The new Apple Watch Series 7 is expected to launch in September along with the new iPhone 13 handsets. The device will come with the new watchOS 8 software.