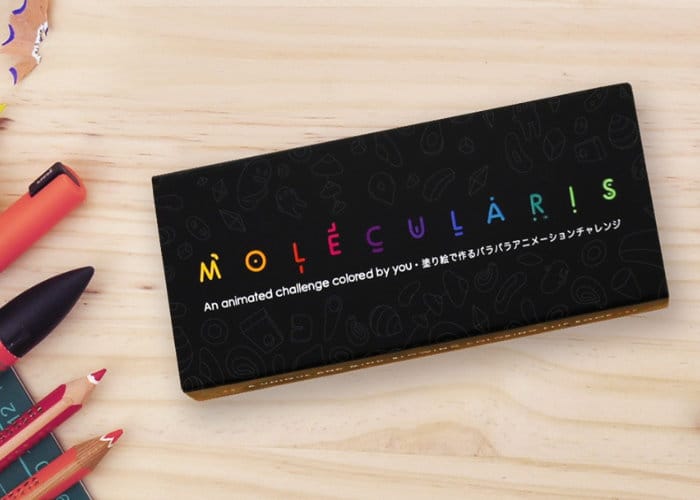 Flipboku based in Spain has created a very unique flipbook that allows you to create six animations from one book rather than the standard two. Flipboku explains “we take them to the next level. Animation, colouring and optical illusion, all in one!”. Watch the demonstration video below to learn more about the unique Molecularis reinvented flip book which is coming to the end of its Kickstarter campaign and has already raised over €47,000 thanks to nearly 1,300 backers.

“Molecularis is also an animated colouring book. You can use it in plenty of ways, by colouring, redrawing and varying its content with an endless number of possibilities. Use pencils, markers, watercolors, graphite, brushes, technical pens or whatever technique you prefer. By alternating the colours gradually from one picture to the next and using your favourite color palette, you can not only give the sequences their very own personality, but also bring them to life – as you see them ‘move’ when you flip through the pages.”

Molecularis is now available to back via Kickstarter with pledges still available from €25 or £22, with worldwide shipping expected to take place during September 2018. For more information under full list of all available pledges jump over to the official campaign by following the link below.