iPad owners that carry out work from their Apple tablets might be interested in a new concept called Modus III has been launched over on the Kickstarter crowd funding website this week.

The Modus III transforms your tablet back into a desktop laptop style system making it easier to type and charge your iOS devices. It might be suitable for every iPad owner but for those that need a laptop style workstation it might be worth more investigation. Watch the video after the jump to see it in action. 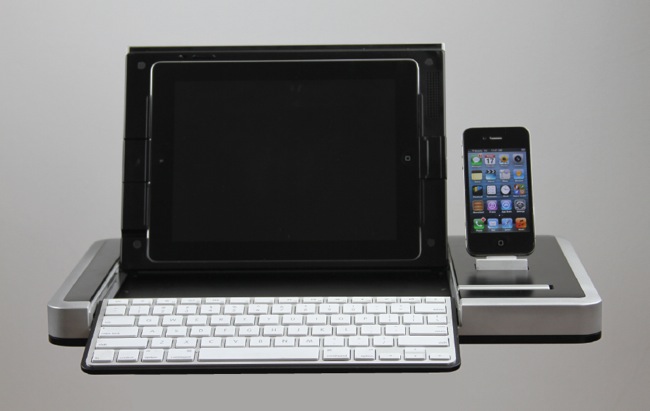 “An ill-fated search for a portable workspace to stay organized and maximize our productivity on the iPad led us on a quest. A quest to design a self-contained environment where premium comfort, versatility and convenience converged. An environment that was beautifully designed and simple to use.

Modus III – Escape into your personal high tech headquarters – the ultimate environment for app-based productivity on the iPad and Smartphone.”