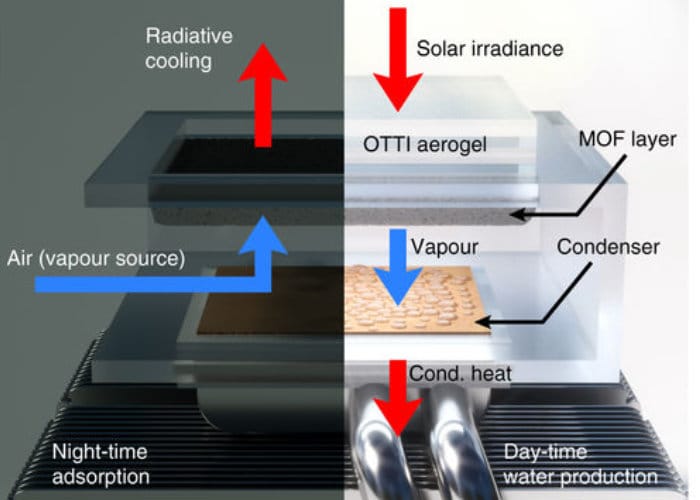 Researchers at MIT UC Berkeley have this week unveiled a new system they have developed which is capable of extracting water from air. The water extraction system will even work in the driest of climates and the research team has been testing their prototype machines in Tempe, Arizona.

Previous designs required huge amounts of energy to be able to extract the water from the surrounding air, but the latest designs works passively without the need for energy input and is capable of generating water with air humidity as low is just 10 percent. Watch the demonstration video below to learn more about the unique system and its functionality.

“Tested over five daily cycles in May 2017, the water output was estimated to be around a quarter of a liter per kilogram of MOF. Additionally, the team tested the water for impurities and found that the MOF wasn’t leaching into it.”

The developing team are now hoping to scale up the system to be able to create larger amounts of water. As always we will keep you up to speed as always on developments. To learn more jump over to the links below to read the paper that was published in Nature Communications.