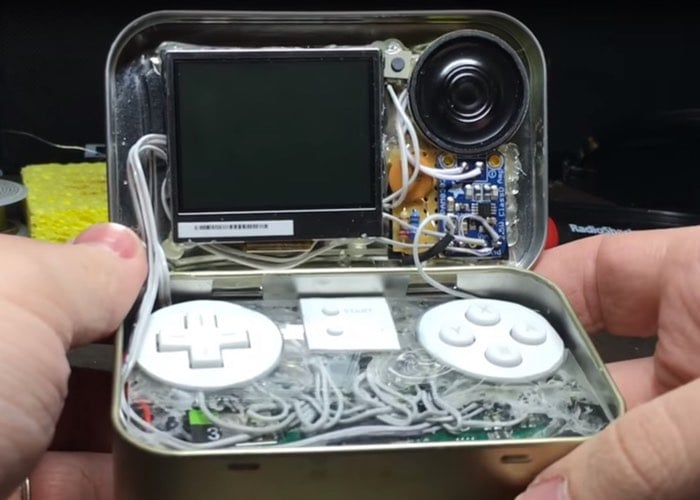 Using a Altoids tin and a mini Raspberry Pi Zero PC that are available to purchase for $5, YouTube user has created a awesome portable games system complete with its own tiny screen and controllers.

Check out the video below to learn more about this neat project which uses a DS Lite controller and a little maker magic to create a truely pocket gaming system that can be taken anywhere.

For Raspberry Pi 3, Broadcom have supported us with a new SoC, BCM2837. This retains the same basic architecture as its predecessors BCM2835 and BCM2836, so all those projects and tutorials which rely on the precise details of the Raspberry Pi hardware will continue to work.

The 900MHz 32-bit quad-core ARM Cortex-A7 CPU complex has been replaced by a custom-hardened 1.2GHz 64-bit quad-core ARM Cortex-A53. Combining a 33% increase in clock speed with various architectural enhancements, this provides a 50-60% increase in performance in 32-bit mode versus Raspberry Pi 2, or roughly a factor of ten over the original Raspberry Pi.

I crammed a Raspberry Pi Zero running RetroPie, a hacked-to-pieces DS Lite controller, and various other bits into an Altoids tin.