Smitha Rao and J.C. Chiao, researchers at UT Arlington, have invented a new way to charge devices. They’ve created miniature windmills that are 1.8mm in length and made of a nickel alloy that ensures they can’t be easily destroyed. Supposedly it’s possible for these wind turbines to be attached to a smartphone so it can be charged by simply setting it in front of a fan or on a windowsill during a mildly windy day. 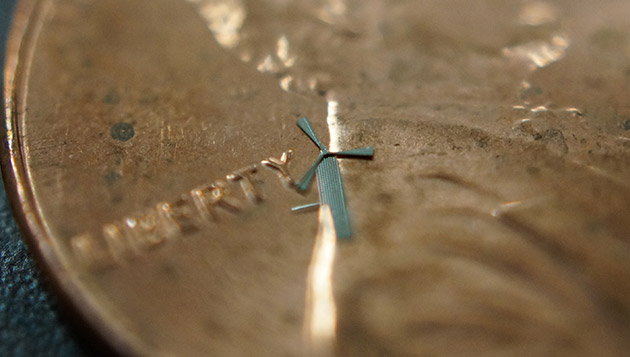 It’s a nice thought but I really don’t think this is going to come to fruition as any kind of actual phone charging device, although a Taiwanese company doesn’t seem to agree and is already working on potential commercial applications. Wind power sounds great in theory, but it’s inefficient in practice. Still, if they can get this to work then charging your phone on the go would no longer be an issue.

Whose idea was it to throw money at this research project? While I’ll admit there are worse studies out there being funded right now, it seems to me that there are a ton of other studies more worthy of the time and money that was put into this little project.