The Mini Steve Jobs action figure is apparently 1/6th scale of Apple’s CEO, at it even come with a range of Apple products which include a miniature iMac, magic Mouse, Bluetooth keyboard and an iPhone 4. 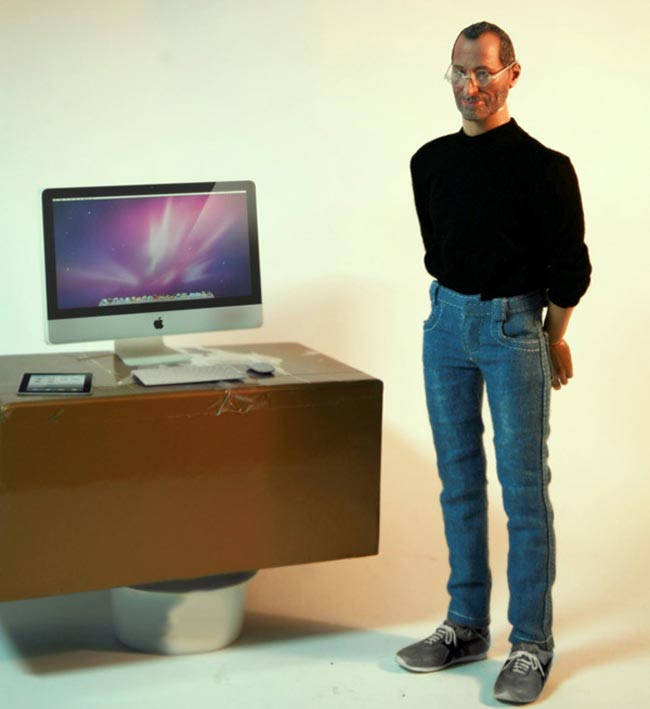 According to Toy Haven, the Mini Steve Jobs action figure will go on sale shortly for $160.00, personally we cant see it happening because as soon as Apple spot it they are bound to start sending out legal letters to the makers. 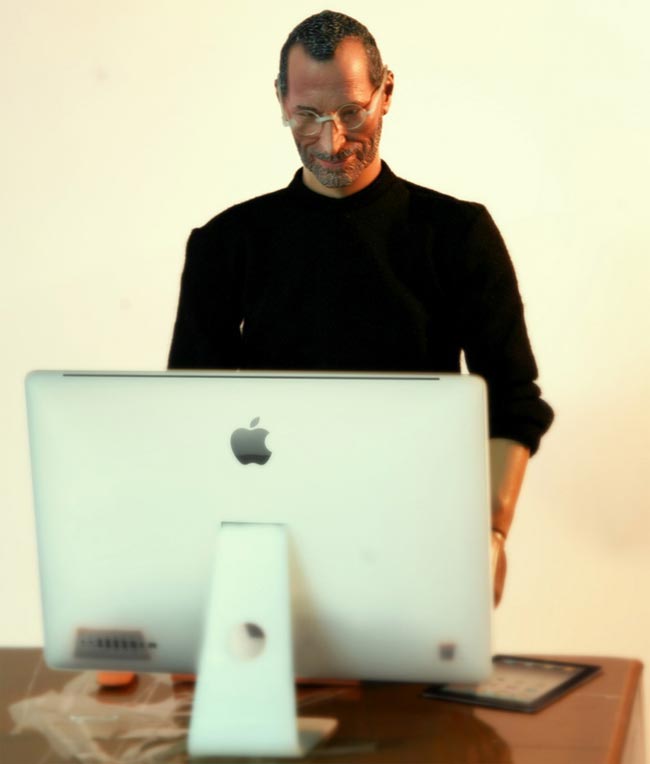