The saga of the Steve Jobs action figures continues, first they were sold by online retailer MICgadget, until Apple sent them a cease and desist letter, then they appeared on eBay with some of the selling for up to $2,500.

Now it seems that Apple is having them removed from eBay as one seller had his listing removed and was sent a message by eBay telling him that Apple had requested the item to be removed. 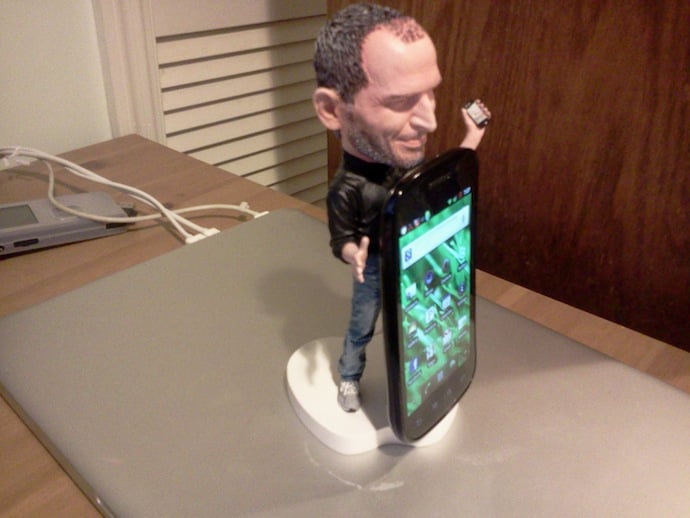 The reason that was given for the Steve Jobs action figure being removed is that it apparently ‘violates a celebrity’s right of publicity’, personally I don’t see what the fuss is about its just a doll at the end of the day.

Maybe Apple intends to launch an official Steve Jobs action figure, and a range of iDolls including one for Johnny Ive and Phil Schiller.