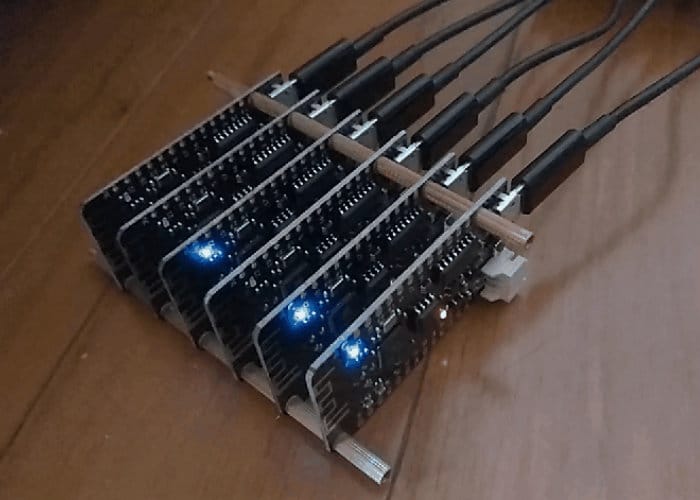 Rather than using Raspberry Pi 3 mini PCs its creator has used ESP32 boards and explained the main reason why, “a Raspberry Pi 3 still costs USD 35 or more, if you can build a cluster with a smaller machine, such as ESP32, so the cost of each node only costs $7 or so. Under the same budget, the lower the cost of a single node is, the more nodes can be, and it will be more ideal for some purposes”.

In the video below three ESP32 modules can be seen serving as workers, they are connected with PC via USB ports, and showing their stdout on screen. The white PyCharm IDE window runs code of client and broker all of which are running a “Word Count” program. For more information on building your very own ESP32 cluster and many super computer jump over to the GitHub website by following the link below where full instructions are provided.

“A supercomputer is actually a computing cluster that is comprised of hundreds or thousands of individual computers that are all linked together and controlled by software. Each individual computer is running similar processes in parallel, but when you combine all of their computing power you end up with a system that is far more powerful than any single computer by itself.”