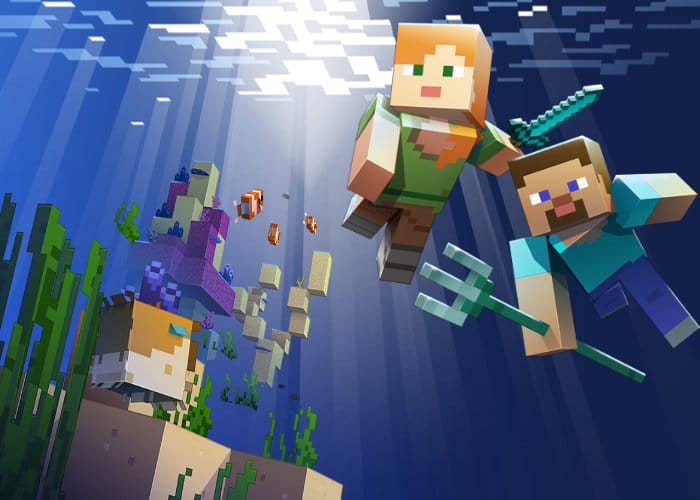 Minecraft players patiently waiting for the new Minecraft Aquatic update to be released will be pleased to know that it is now available in Minecraft on Windows 10, VR, mobile devices, Xbox One and Nintendo Switch. Offering a vibrant new world beneath the surface, full of marine life, new mobs and colourful “sea-nery”. Check out the teaser trailer below to learn more about what you can expect from the underwater update which is now available.

“The oceans of the Overworld are populated by both fish and foe alike. Some will fight you, while others will become your buddy! Play with the dolphins, swim with majestic turtles, or brawl with the hostile Drowned. And if you do come up for air, watch out for the Phantom soaring the skies! Swim through a paradise of colourful reefs, deep sea trenches, and kelp forests – all filled with neat new blocks to use in your builds! Legend also speaks about shipwrecks and forgotten ruins, rumoured to hold treasures for any adventurer brave enough to explore them…”

For more information on the new content jump over to the official Minecraft website by following the link below.