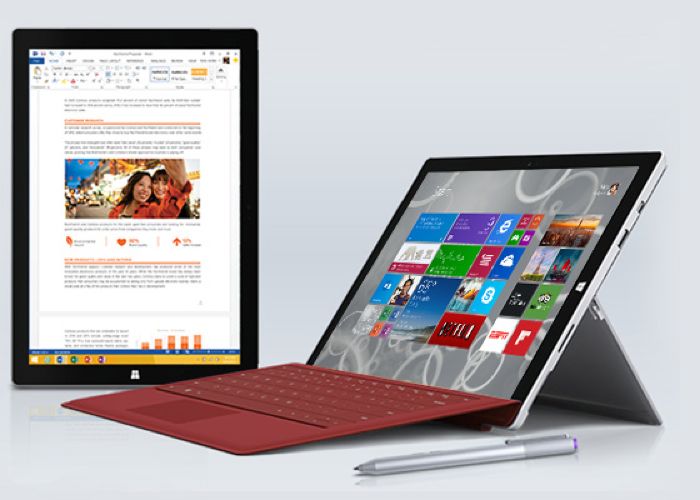 Yesterday Microsoft announced their new Windows tablet, the Microsoft Surface Pro 3, the device will go on sale on the 20th of June, and Microsoft now as this new Windows 8.1 tablet available to pre-order.

Prices for the Microsoft Surface Pro 3 start at £639 including taxes in the UK, this is for the entry level model with an Intel Core i3 processor and 64GB of storage.

The top model of the Microsoft Surface Pro 3 comes with an Intel Core i7 processor and 512GB of storage, this model will set you back £1,649 including taxes.

Microsoft has chosen a larger display for the new Surface Pro 3, it is equipped with a 12 inch full HD display that has a resolution of 2160 x 1440 pixels. The tablet also comes with a choice of either 4GB or 8GB of RAM depending on the model, and a range of Intel core i3, i5 and i7 processors. 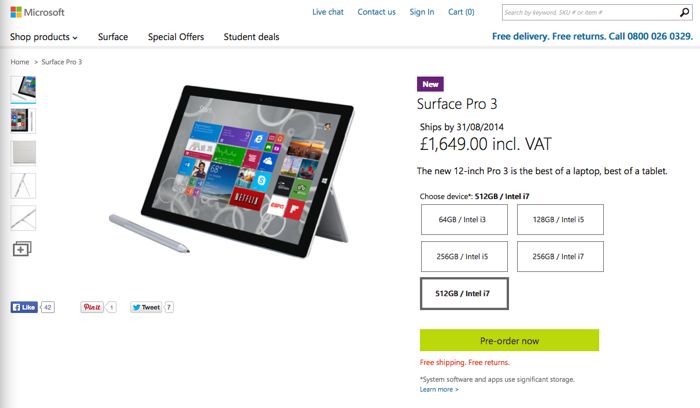 You can also choose various storage options, which include 64GB, 128GB, 256GB and 512GB of solid state storage, and the device also comes with 802.11 a/b/g/n/ac WiFi and Bluetooth 4.0 LE. Other specifications on the new Surface Pro 3 include front and rear facing cameras, both and rear cameras are a 5 megapixel full HD capable camera, and the tablet comes with a battery that will give you up to 9 hours of usage and Windows Pro 8.1.

Microsoft will launch their new Surface Pro 3 tablet on the 20th of June, you can now pre-order this new tablet, and you can fins out more information at the link below.