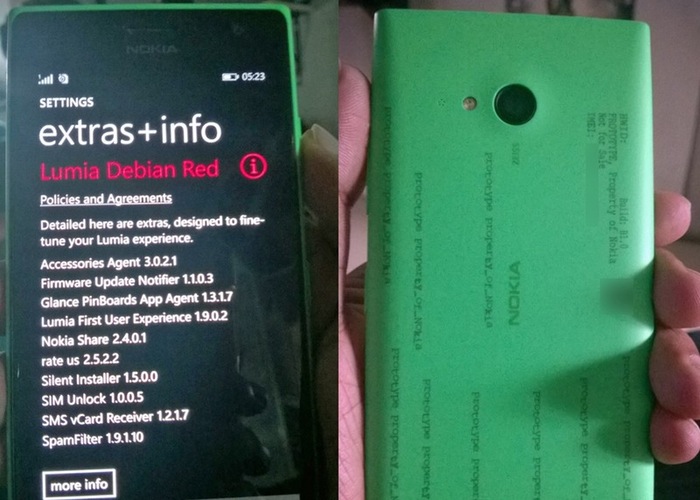 A Microsoft selfie focused smartphone has been rumoured to be under development for quite some time, and now leaked images of what could be the Nokia Lumia 730 selfie smartphone have been obtained by the Windows Phone Central website and published online.

The new Microsoft selfie smartphone takes the form of the Nokia Lumia 730 which has been given the codename ‘Superman’ and is expected to be the successor to the already available Nokia 720.

Microsoft has designed the Nokia Lumia 730 specifically at the selfie market and have apparently equipped with smartphone with a 5 megapixel front-facing camera and a 4.7-inch display, perfect for taking those all important selfie photographs.

The leaked photos also revealed that new firmware has also been developed for the phone, that is likely to be released to coincide with the Windows phone 8.1 update 1 or update 2, which are expected to be released by Microsoft sometime in November of this year.

The name of the new firmware has been revealed to be ‘Debian Red’ which sounds more like a Linux distribution name rather than a Microsoft Nokia firmware. However it is thought that the Debian Red name is just an internal code for the new firmware.

Unfortunately at the current time not much else is known about the new Microsoft selfie focused Nokia 730 smartphone or the Debian Red firmware, but as soon as any more details are leaked or announced by Microsoft we will keep you updated as always.