Microsoft has released an SDK for Bing Maps for iOS, and Microsoft is obviously looking to get a range of Bing enabled applications on the iPhone, iPad and iPod Touch.

The Bing Maps SDK will allow developers to create a range of applications for iOS devices, with a wide range of feature which include Bings aerial and hybrid maps as well as Bing street view style maps, there is also support for adding pushpins and integration of GPS. 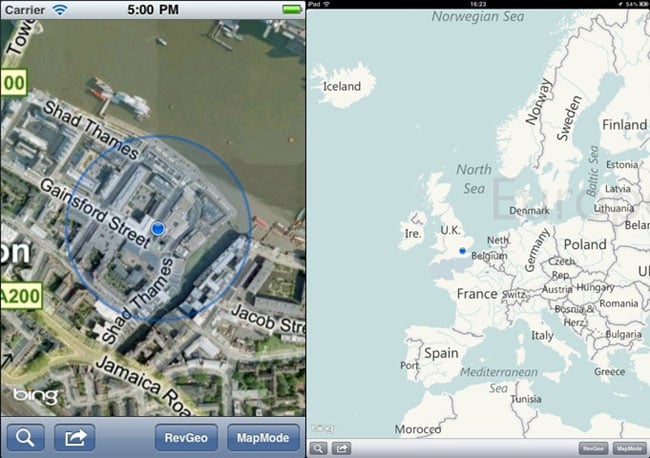 In keeping with our focus on performance across the Bing Maps platform, we have separated the Bing Maps Controls from the Bing Maps services to lighten the load. This means you can use the Bing Maps iOS Control in conjunction with the Bing Maps REST Service (Geocoding and Routing) to build a fully featured mobile map application.

You can find out full details about the Bing Maps SDK for iOS over at the Bing website, and we suspect we will see some interesting applications hit iOS devices with Bing Maps integration.