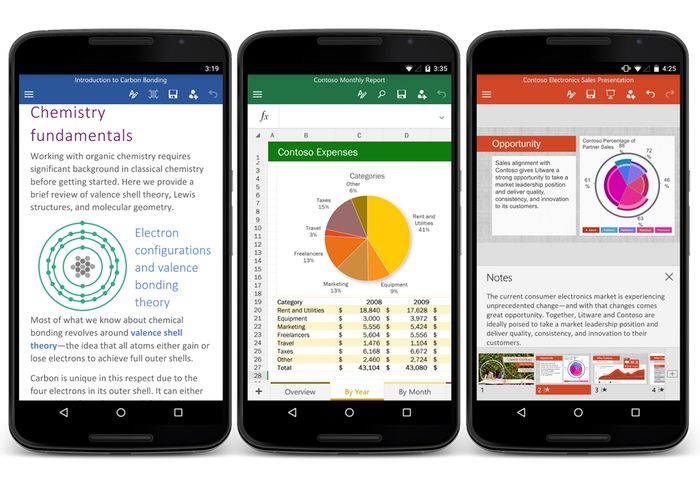 Microsoft has today officially launched its Office Android suite of applications that include Word, Excel and PowerPoint after successfully ‘preview’ testing them on 1,900 different Android smartphones across 83 countries around the world

The new Office Android applications have now dropped the ‘preview’ label are now available to download for free on to your Android smartphone or tablet from the Google Play store.

Watch the video below for a quick overview of the new office Android applications that provide complete compatibility with the full range of Microsoft Office apps available on desktops and other devices around the world. Features include :

– On the go reviews and edits—I often need to squeeze in quick reviews in between appointments during the day. I can review documents in full fidelity, read comments and then easily add my own.

– Presenting from my phone—I love just bringing my phone to a meeting to present wirelessly.  PowerPoint for Android phone gives me the same transitions, animations and design that I would have from my desktop, and I can even use inking to highlight important points while presenting.

– Quick access to my documents—I can quickly find the document I was working on in the office from my phone.  It even shows me where I was last working. Additionally, while I am a faithful OneDrive user, I can also access documents stored in Dropbox, Google Drive or Box with our support for third-party cloud storage providers.

– Easy to get—We’ve partnered with over 30 global, regional and local OEMs such as Samsung, Sony, LG and many more, to pre-load these apps on Android devices. Many of these devices will be landing in retail stores later this year.