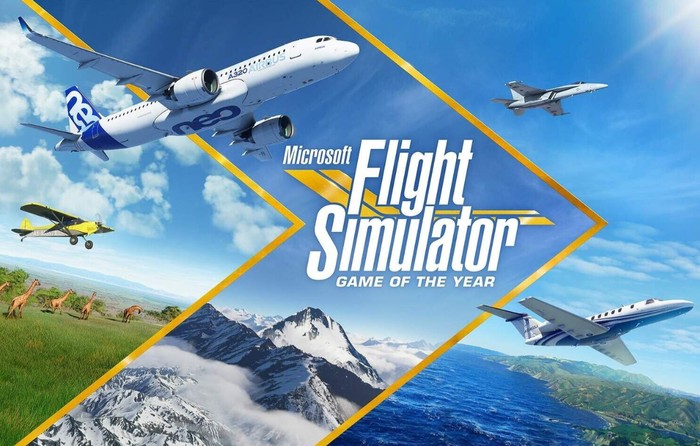 Microsoft have announced the release of the Flight Simulator Standard Game of the Year Edition which brings with it information about 545 previously missing airports in the United States, together with new missions based on the popularity of the recent introduced Discovery Flights, as well as new tutorials, new features and new photogrammetry Cities to explore from the skies.

Microsoft Flight Simulator Standard Game of the Year Edition will be available as a free update for owners on PC and Xbox Series X|S. For new users, the GOTY Standard Edition is the perfect entry point to flight simulation as it offers an even richer experience says Microsoft. Check out the official announcement trailer below to learn more about what you can expect from the latest Flight Simulator edition to be released by Microsoft.

– Boeing F/A-18 Super Hornet: Our first military jet and a highly requested feature from the community. The Top Gun: Maverick expansion will release with the movie next Spring, but we wanted simmers to have the opportunity to test their need for speed this holiday.
– VoloCity: We partnered with well-known German company Volocopter, which is working on an eVTOL called “VoloCity”, a vision for an urban air taxi. We worked closely with the Volocopter engineering team to develop an authentic version of the prototype aircraft for the simulator. This is our first aircraft that can perform pinpoint landings and is a teaser of what you can look forward to in 2022 when we intend to launch helicopters in the sim.
– Pilatus PC-6 Porter: This legendary short takeoff and landing (STOL) utility aircraft is a highly versatile plane from Switzerland and comes with several cockpits, cabins, and landing gear variations. It is the result of our close collaboration with the manufacturer and the development efforts by famed developers Hans Hartmann and Alexander Metzger resulted in a great and fun new aircraft with exception capabilities in the simulator.
– CubCrafters NX Cub: Yakima-based CubCrafters recently introduced a nosewheel option for their flagship CC-19 XCub Aircraft, popularly called the NX Cub, which we are pleased to introduce to the flight sim audience to further enhance our bush flying and off airport options.
– Aviat Pitts Special S1S: One of our most popular planes gets a single-seat option with the release of this aircraft.