If you have played or ever tried to play the guitar you will already know how hard it is to reproduce the exact sounds created by your favourite guitarist on your own guitar, due to the variations in strings and pressure applied whilst playing.

However a new microscale piezoresistive film has now been developed by engineers in the German Fraunhofer Institute for Surface Engineering and Thin Films IST which can now control and translate complex guitar playing movements in to recordable digital control signals. 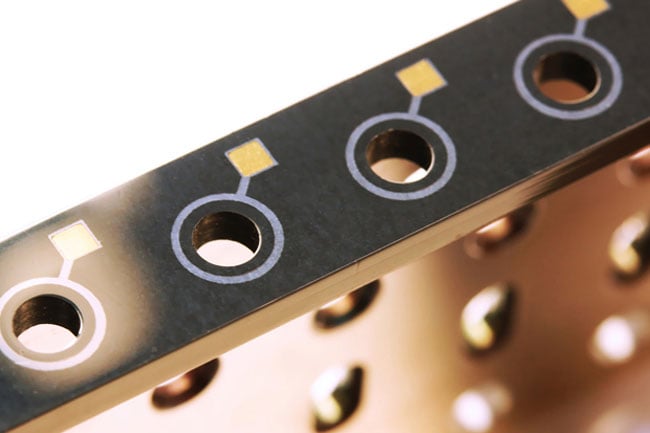 To take the recordings from the guitar the team costed a guitar tailpiece in a 10-micrometre-thick film called DiaForce which then recorded the measure the strength of the string vibration together with other player information. Saskia Biehl, head of the micro and sensor technology group, explains:

“When the player changes the string tension, the pressure on the film changes. This in turn leads to a change in resistance, which is measured by electrodes on the film.”

The team now want to expand the technology to include other string instruments.