Rumors about Apple working on a larger iPhone have been circulating on the internet from sometime now. The latest rumor mentioned that Apple is working on two prototypes of the device with one carrying a screen size of 4.7-inch while the second one will feature a 5.7-inch display, according to Foxconn Insiders.

Recently, some images of the alleged metal housing for the upcoming iPhone 6 have surfaced on the internet, thanks to CTechCn, which has been a great source of information when it comes to Apple-related leaks. 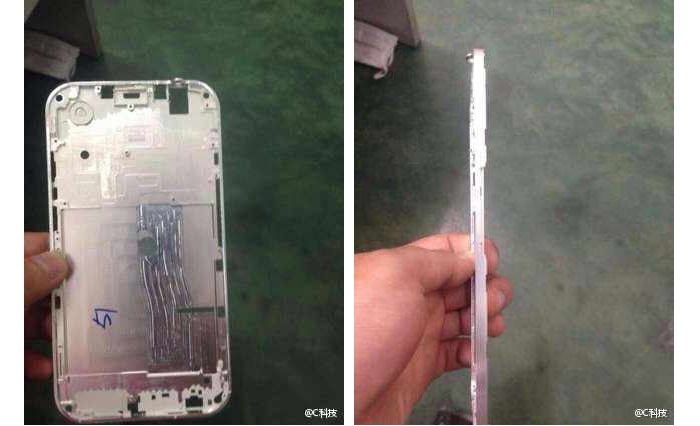 By looking at the image, it seems the device will extremely thin and is the 4.7-inch version of the device, if the above images are legit. Past rumors suggest that it will be 6mm thin and will be named iPhone Air.

The alleged iPhone 6 is rumored to see the daylight in May 2014, which is highly unlikely as Apple usually upgrades its iPhone line up in September.

Let’s just take this rumor with a grain of salt as there’s no way to find out if the images of the leaked metal housing are legit or not. So, we request you not to put your entire faith in these images. Stay tuned, we’ll update you as soon as anything else pops up.