We’ve seen quite a lot of rumors lately about the alleged large iPad carrying a screen size of 12-inches. Last time we heard, it was rumored that two iPads carrying a screen size of 12.9 inches will launch next year; one will come with a 2K resolution while other will feature 4K resolutions. It was also reported that Quanta computers has landed an order from Apple to manufacture the large iPad, due in 2014.

According to a new report, the large iPad will see the daylight in October 2014 next year, along with the larger iPhone in May 2014. The report further mentions that Apple is exploring the possibility of replacing the 11.1-inch Macbook Air with the larger iPad. 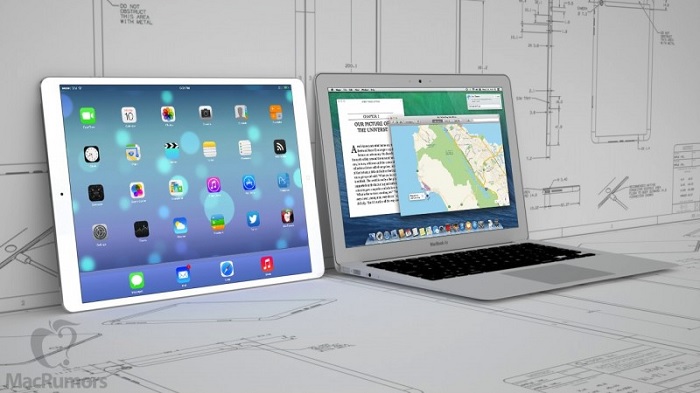 The report emerged from Digitimes, which has a very questionable track record when it comes to rumors, so a little bit of speculation is required if you want to believe this rumor.

Apple is rumored to release a 12.9-inch tablet in October 2014, targeting North America’s educational market, according to sources from the upstream supply chain. Apple’s large-size tablet will be manufactured by Quanta Computer, and was originally expected to adopt either 12.9- or 13.3-inch panels, with recent rumors indicating that 12.9-inch has a better chance to be picked, the sources noted.

The report from Digitimes further comments that Apple will launch a larger iPhone in May 2014, which will be equipped with 20nm processor manufactured by Taiwan Semiconductor Manufacturing Company (TSMC).

Well, this rumors requires a lot of salt to digest as Digitimes isn’t always correct. As usual, they cited “sources from the upstream supply chain.” Let’s see what happens, It’s been almost four months since Apple launched the iPhone 5S, and launching the iPhone 6 in May might be a little surprising, considering that we’ve seen reports lately that points at late-2014. But, let’s see what happens. We’ll update you as soon as we have anything.