Apple is rumored to be working on a larger iPad, the device is said to be a 12.9 inch iPad, which may end up being called the iPad Pro or something similar.

Back in September we heard that Quanta were working on a larger iPad with Apple, and now according to a recent report from Digitimes, Quanta has now secured a contract with Apple to build their 12.9 inch iPad. 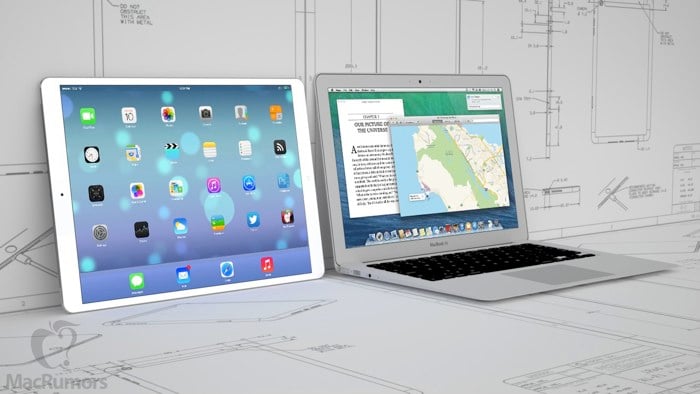 Quanta is expected to encounter several challenges in terms of industrial design and assembly when making the large-size iPad. And since the size is not the mainstream specification, order volumes are expected to be limited, the sources said.

The 12.9 inch iPad will come with a high resolution display, it could feature the same resolution as Appe’s existing Retina display tablets, which is 2048 x 1536 pixels.

It is also possible that Apple could use a higher resolution in their 12.9 inch iPad, possibly 4K which is a resolution of 3840 x 2160 pixels, also known as Ultra High Definition.

The 12.9 inch iPad is rumored to launch some time in 2014, we suspect that the tablet will come with Apple’s new A7 64-bit mobile processor.

The new larger iPad is expected to run Apple’s mobile OS, Apple iOS 7, although we suspect if Apple released a tablet with OS X on board, it would be a very popular device.