The last thing we heard about the new 12.9 inch iPad, was that the device is being made by Quanta for Apple, and now according to a recent report, Apple will launch two 12.9 inch iPad tablets in 2014. 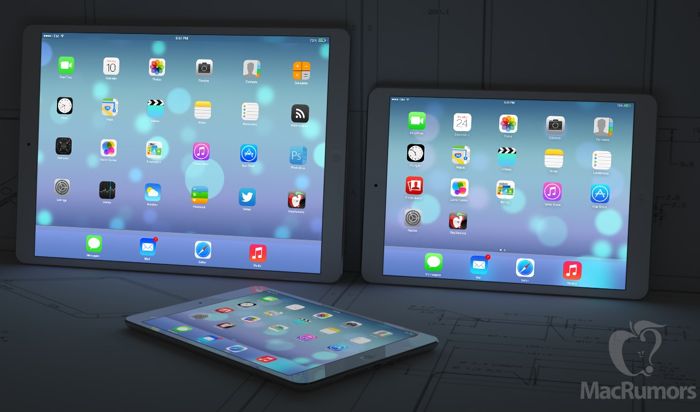 Now according to a recent report, Apple are testing out 5 five 12.9 inch iPads at the moment and they will launch two different versions next year.

Apple will launch a Retina display 12.9 inch iPad first and will then launch a higher resolution 4K 12.9 inch iPad later in the year, the device is rumored to be called the iPad Pro.

Apart form the 12.9 inch display on the new iPad Pro, we really do not know what other specifications this larger tablet will come with, although we would expect the device to feature Apple’s new 64-bit A7 processor or possibly a new even more powerful processor.

It will be interesting to see what this new 12.9 inch iPad is like, Apple obviously thinks there is a market for a larger tablet, which could be used by people to replace their notebooks and computers.