Meizu MX3 has been leaked many times in the past. We have seen a number of leaks that points towards the possible specifications of the device along with its appearance and design. Today, we have two things to share with our readers who are waiting for the Meizu MX3. First up is the unofficial press render of the image while the second leak is related to the internal storage of the device. 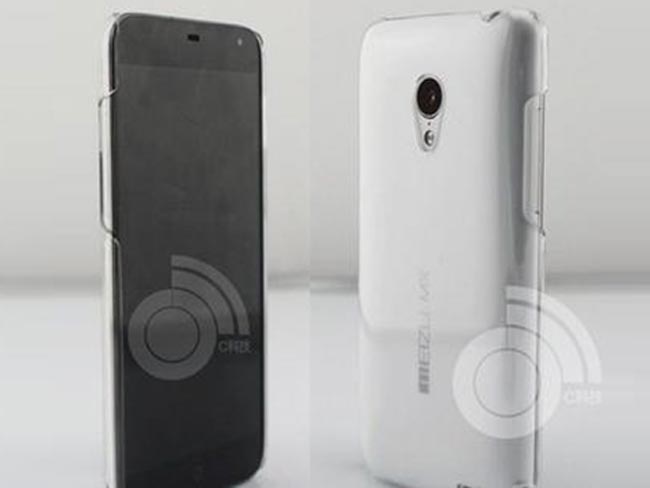 Firstly, we have the unofficial press render of the device that doesn’t look any different from the images we have seen before. The images look a bit blurry and don’t offer anything new except that they are the unofficial press release images. The only visible difference we can spot is the placement of the flash. In earlier leaks, the flash appeared to be on top of the camera, however, it seems to be below the camera lens in the image above.

The device is expected to bring a 5.1-inch display with 1800 x 1080 pixels resolution, Exynos 5 Octa processor with 2GB RAM, 13MP camera and Flyme 3.0 that appears to be a customized version of Android 4.2. The device will be officially unveiled at a press event scheduled for September 2.

Here’s the interesting part, the device is expected to launch in eight different storage versions starting from the base model of 16GB and going up to a whopping 128GB. It would be a dream come true for all those users who are storage hungry and need more space for their content, and applications. Rumors suggest that the entry-level Meizu MX3 would go on sale for 1,999 Yuan ($308). In case of the 128GB model, users have to empty their pockets and spend 3,999 Yuan ($653) that is close to flagship devices sold by other manufacturers. 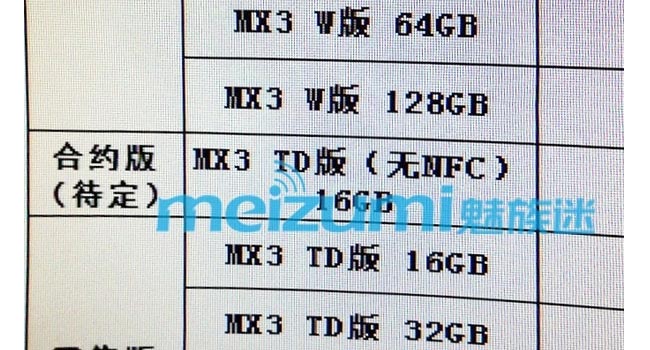 Currently, there is no news if the handset will go for sale in international markets but we hope it do as many Chinese OEMs are expanding their operations outside China.